For the first time in a month I managed to get out on a walk. I've had this virus thing where I can hardly breathe and continually coughing up a lung, so when I took the dogs out today I felt good about it.

We have two dogs, you've probably seen photos, one a rescue from Ireland and one that was never socialised as a puppy so is very timid.  They are largish dogs, part Shepherd, so have 'that' look about them.

They aren't bad dogs really, one got out once. The other has never got out, never bit anyone, never crapped on any ones garden, he's just a bit gobby and because he's a big dog that clearly makes him aggressive!

He also has issues with little dogs, being surrounded by them on either side of our garden he does seem to get 'picked on'.

Well we were out walking today and an old man was coming towards us in the opposite direction, he was walking on the wrong side of the road; anyone who know their countryside code knows you walk on the tight side of the road so you face oncoming traffic, apparently he didn't need to do that.  He has a small dog with him, so we do what we always do and stand on the side of the road and make Fynn sit and stand between him and the dog, Fynn barks, like I sad he is a but gobby, and then spins round to try and get away.  Mark has complete control of him, he is on a lead and a haltie.  The man shakes his walking stick at us (yep that'll help) and states that 'If we can't control our dog then we should have him put down' and walks off with his nose in the air.  I am stumped, too shocked to say anything.  As I walk I can think of plenty of things to say.  The fact that if he was uncontrollable would he be in the house with a child?  Maybe he should learn to control his walking stick and not use it as something to intimidate.  For some reason I started to cry, not sure if it was the thought of someone taking my dog away or if it was because I was frustrated for not saying anything. 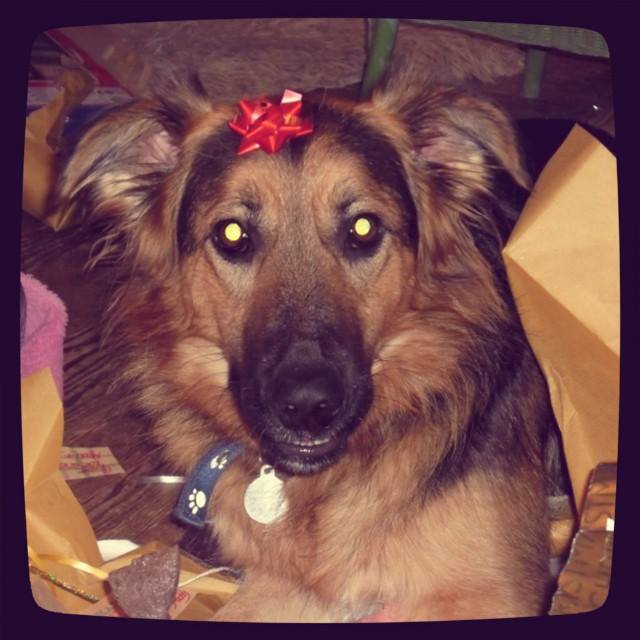