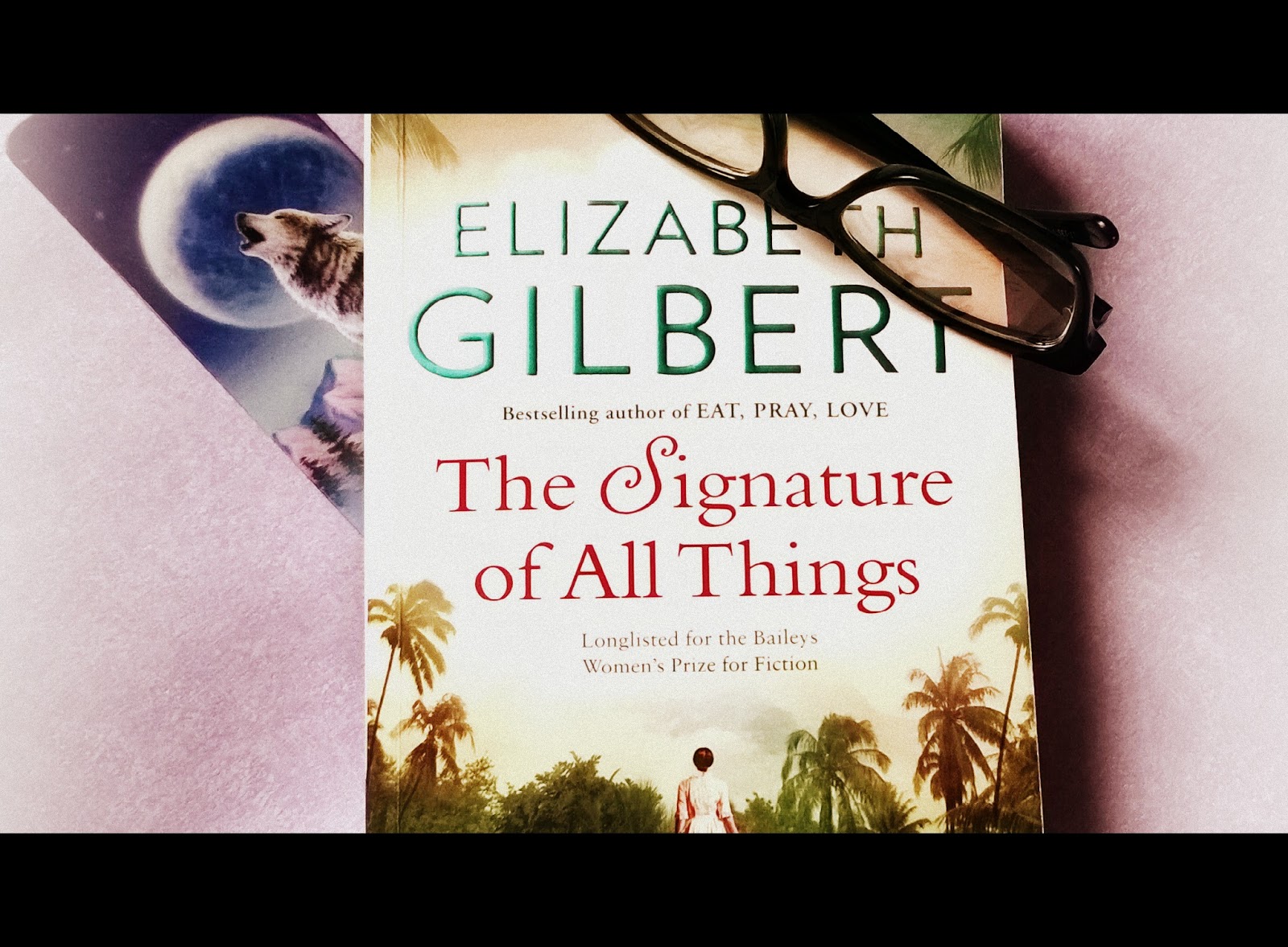 The Signature of All Things

When I received this book, I'll be honests with you, I had absolutely no idea what it would be about but there was something vaguely familiar about the title, which was strange as it was a new book.

Reading the description on the reverse I was still unsure I would enjoy it as I am not a 'gardener' type of person - even though I studied Clinical Herbalism-, but the intrigue of travel seemed to pull me in.

The story follows the life of the female lead, Alma Whittaker, in a mainly male dominated environment, it shows the struggles of being a woman at the turn of the century and the various ways that women have to hide their gender to be taken seriously. Saying that even in her independance, the story shows how her life is dictated by the actions of the men around her.  From an early age you are aware of how important her Father is to her and she has to compete with her prettier adopted sister, Prudence.  She has the brains but believes she will be overlooked because of her plainness.

Alma finds herself falling for several men, but each in their own way let her down.

This is the story of a woman who has the money to have and do what she will, she has the ability to travel the world and see things that not many people of that time have the chance to experience.

It was a riveting book, I really enjoyed it and imagined how things may have been.

Alma's life may have been full and amazing but I felt that she surrounded herself with people but inevitably she was a lonely person.

The Signature of all Things can be bought from Amazon for £6.29, just click on the picture to purchase.


Thanks to mumsnet who sent me the book for review, all opinions are my own.
Some links may be affiliate links.