As I've stated in a couple of posts I've lately written I haven't been well and hopefully I will now start to get better, firstly though I have some pain to go through.
On Monday I had an operation to have my gallbladder removed as I have had the most amazing gallstone pains, even having a few nights stay in hospital through a possible stone passing through my bile duct and becoming quite ill with jaundice. The worst thing about that stay was the fact I found out I am allergic to a certain penicillin and went into anaphylactic shock. I have remembered the name of that certain drug and will let everyone know. I don't want that happening again. The procedure was carried out under a general anaesthetic and keyhole surgery. Foolish me I was under the impression that as it was keyhole surgery it wouldn't hurt, don't ask me why, my husband thinks I'm an idiot thinking that too. Well I knew that there would be a recovery time of around two weeks and I was looking forward to sitting in bed catching up with Netflix, can't even do that I'm so bored. I thought I was able to be one of those people who could just sit and do that. Well I can't.
Today I have decided that I'm sitting downstairs and behaving like a normal human being and I asked my lovely husband to bring all my crap downstairs and I'm surrounded by it all and just trying to chill. 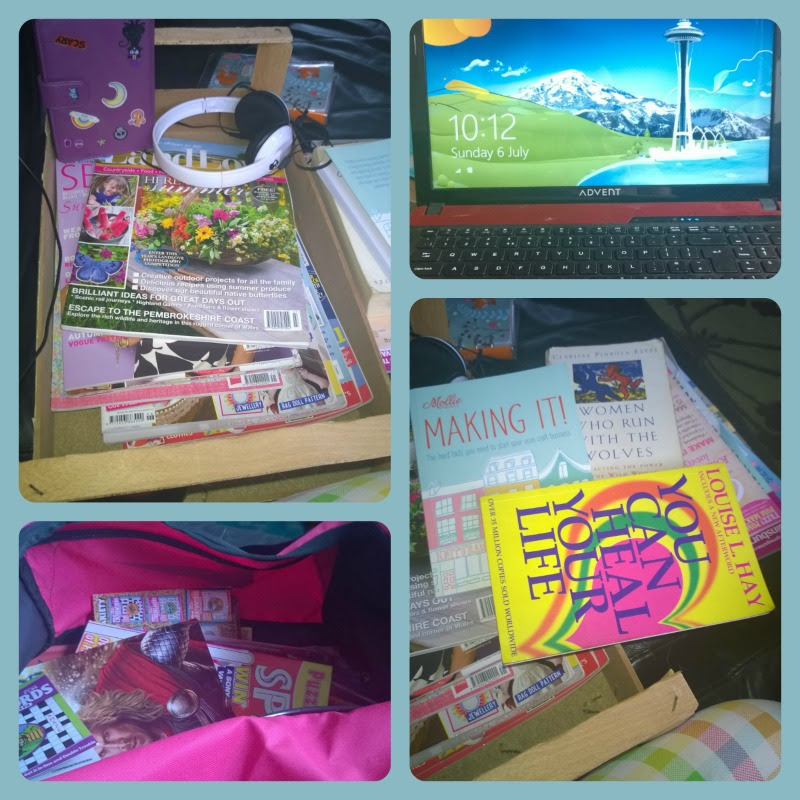