I have managed to sell a few things on Ebay lately so I thought I would treat myself, this very rarely happens so I am so excited to have new things.

I have bought a few things but I thought I would do a blog post per 'shop/haul' if you see what I mean.

Firstly, I ordered a few things from MUA, I really like this place I know they seemed to have a bit of a meltdown on Facebook recently but even so, I think that it could have been handled better by both MUA and the customers, anyway I digress. 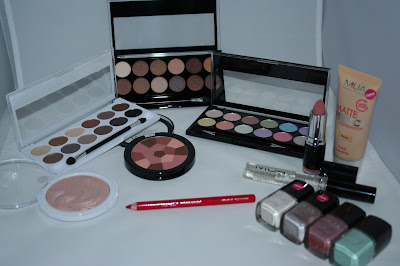 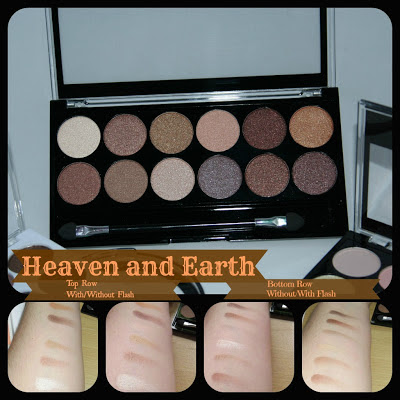 I hope you can see the swatches OK, I didn't realise how difficult it was to take photos of your own arm! I haven't used this palette yet, but I'm really liking the look of the second in from the right on the top row and the second in from the left on the bottom, I'm also hoping that the top lightest colour will make a good highlighter. 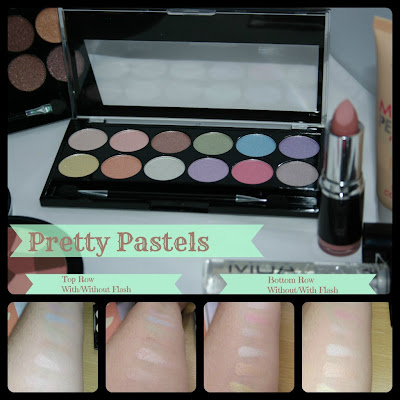 I love this palette, as yet I have only really tried the pink and purple of a different makes cream pink, but I can't wait to try something out with that green on the top row, I'm also liking the peachy colour from the bottom row; which I'm thinking will look good with the soft beige along the top.  I'm so happy that these candy colours are coming into spring, I think it will lighten everybody's mood.  The only colour I am unsure about has to be that blue, being a child of the seventies I have very bad memories of blue colours on eyes.  I must put my hand up and confess that when I was at school I did have bleached white hair (this is toward the end of the eighties now) and wore lots of blue eyeshadow/eyeliner and mascara, with hot hot pink lipstick! *shudders* 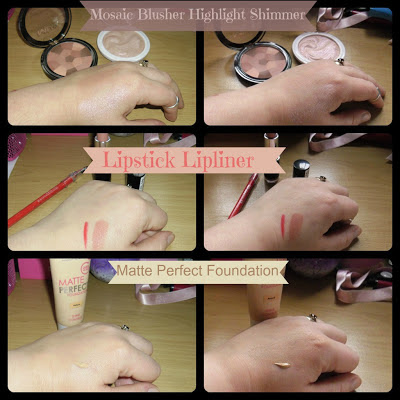 Mosaic Bronzer (yes I called it a blusher on the picture, my mistake) and Highlight Shimmer, now I am having some problems with these, not the products themselves but the way I am obviously using them.  Now I have a chubby face so I need a bit of contouring so you can see I have bones and not just chub!  The only problem is, I don't seem to have enough face (contrary to the chubby state) and I feel like I am just piling on the product and ending up like Aunt Sally (oh my gods I just remembered, I'm an old'un and nobody probably remembers Aunt Sally, *quickly Googles an Aunt Sally picture* )
I may be exaggerating a little bit but I think you get the picture, maybe it's because I have never really worn blusher/bronzer/highlighter etc.. it might be that and it feels a little 'alien'.  I must admit I do ask my husband if he thinks that I have put too much on, generally he says it's OK but hey what do they know! In fact the other day he said 'ah yes I can see you're wearing something now, you look all metallic', that was after I had been out and seen people!
The lipstick I really like, I thought I would like to try a nude as 'everyone' seems to have their favourite nude and I don't think I have ever had one, I didn't think that I could wear a nude as the last time I tried it was a while ago and it made me look a bit dead to be fair.  I tend to be on the lighter side of natural, but it was a while ago though and this lipstick isn't too bad, the consistency is quite creamy, as long as you blot it well and powder it it lasts a while.  The lip liner has yet to be used as I haven't really done a red lip for a while, maybe I should just have a go again this weekend, last time I wore a red lipstick to my daughters school her and her friend laughed at me (they were both 8) apparently it wasn't because I looked silly, just different; I don't seem to be painting a good picture of myself wearing my self applied make up. do I?
The foundation as yet I haven't tried at all, apart from the swatch on the back of my hand.  I ordered this on line so I am hoping it will be an OK colour, the only problem I think I may have is it is very dry, I understand it is a matte foundation, but I have just found a new moisturiser which is also mattifying (more of this in another haul post) 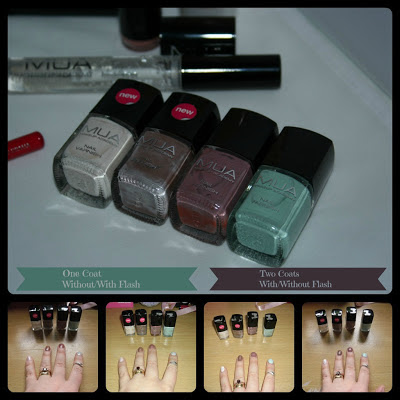 I like MUA Polishes, they may not be the longest lasting polishes, but if you want some bright and cheerful cheap colours then these are your babies.  I have only used the Mud Pie colour, which is the second one in from the left, which I uploaded to my Instagram (Cordelia Earle if you wanted to follow me) and I think it is a lovely muted colour, but if you catch it in the right light you can just see a shimmer of Rose Gold, so there is a bit of depth to the colour it isn't so flat.  I was a bit disappointed with the colour All Nude, the white on the end, I was hoping it would have a bit more pink to it, I like that it is flat but it's just a bit too white for me, I know lots of people on the frow have been wearing it, but it just reminds me of when I used to paint my nails with Tippex (again with the regressive childhood memories).  The second brown colour Toffee is a really warm colour, so I will wear it a bit now but I think once my hands get a bit of colour from the sun it might just get a little washy, we'll have to see.  My only criticism with MUA polishes, the brush, it just seems so stiff and most of the time I end up taking off as much as I put on. 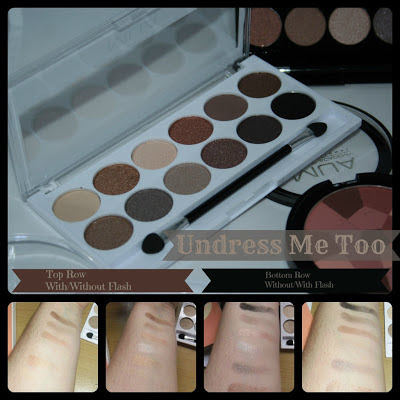 Now this is the palette that has created the biggest amount of talk and discussion, as yet I haven't tried, I know I fail at this kind of thing don't I?  To be honest some of the colours scare me a bit!  Being of a certain age I know that I have to rein myself in a bit (mutton/lamb anyone?) and this palette really does scare me, which is strange as they look to be really neutral colours, that is until you swatch them and then BOOM the shimmers and mattes all seem to hit you in the face.  As you can see from my (incredibly) hairy arm I am quite pale (no I have no Scottish/Irish blood, but I Do have the temper of a red head :/) and the palest of pale shadows really don't show up on me, the two bronze colours along the top are really quite shimmery/gold and I'm not sure if they will show up my eye creases.  I must say I love the black though, it is very matte, very pigmented and very chalky but, as my daughter will tell you (the 19 year old this time), I just cannot do a smokey eye which I'm guessing this could work really well at starting off subtly and building up,  if I so much as think of a smokey eye I suddenly look like I have been punched quite hard in both sockets!
If anyone would like to jump in and again give advice then please do.

I hope you like my post and I will try to take some photos of the looks that I create, again it will be trial and error with the photos, I don't know how some of you do it, there must be a technique to getting a good eye photo, well we live and learn.

PS Are they any combinations of the above that you think will work well?