Yesterday, on possibly the coldest day of the year I decided that it would be a really good day to take the dogs for a walk somewhere new.

Even though we live quite close to London, we are still in the countryside but I do get bored of the same woods and the same footpaths, so I looked on the Interwebs and decided on somewhere new.  Lee Valley Park this is the place where the White Water Rafting took place in the Olympics last year.  Man it's confusing as the Park covers such a vast area, but they do have a list of different walks that are easy to navigate, so to begin with I thought we would start off with an easy route, and one that is circular so we can park up and walk in a huge circle and then come back to where we started. 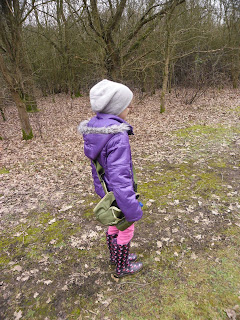 I quickly make some sandwiches, flask of tea; chuck some crisps in a rucksack and dump the dogs in the car and off we go.

We head towards Waltham Cross, which takes about 35 minutes and all troop out of the car.  Doesn't Grace look fetching in her wellies and 'adventure' bag.  It's really a bum bag (gods how I hate that term) that I bought years ago from the Christmas sale in Boots, it's from the National Trust and has a compartment in it for a drinks bottle and also comes complete with compass and thermometer, I don't think the thermometer was working properly though as it constantly read 24 degrees C.  Grace tends to pick up treasures on our walks so I though this would be a good addition to her, and the directions for the walk had 'southerly' and 'westerly' and 'head north' etc.. I thought it would be a good way of teaching her ow to use a compass. 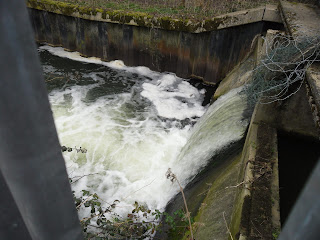 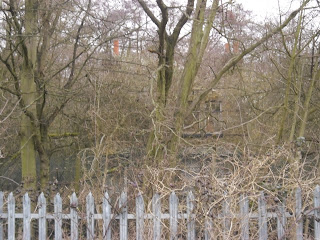 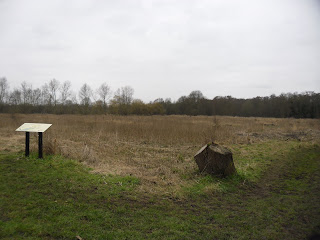 This was pretty much the first 'attraction' of the site, the top picture is Cornmill Stream Weir.  In the second picture you can see an abandoned house, and looking on some maps online I can't find it anywhere so I'm not able to tell you anything about it I'm afraid.  I wish I could tell you aboput this particularly desolate looking field but alas I forgot to take a photo of the Info point and then was so busy telling Grace how to work a compass that I completely forgot. 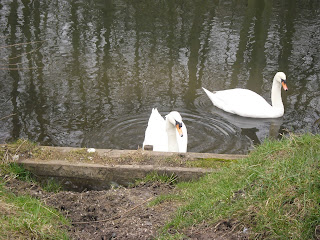 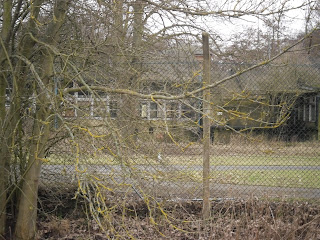 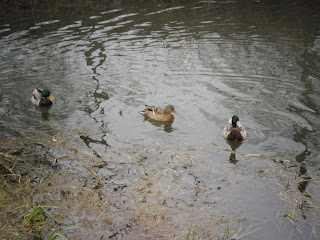 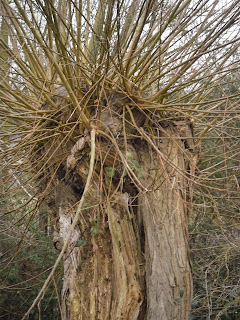 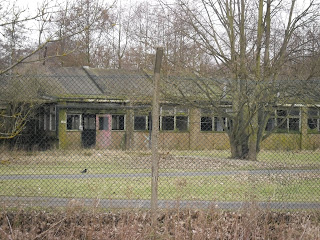 The photos of the ducks and the swans were taken on the Old River Lee, the buildings you can see in the background are the old Royal Gunpowder Mills.  These were in operation for over 300 years and from the 1850's were involved in developing new nitro based explosives and propellants.  Guncotton and Cordite were both developed at this site and H G Wells' War of the Worlds even mentions them in Chapter 17 - The Thunder Child: Here there were rumours of the Martians at Epping, and news of the destruction of Waltham Abbey Powdermills in a vain attempt to blow up one of the invaders.  There is also a few of the buildings open to the public at various times of the year with events and things to do for the children. Royal Gunpowder Mills.  Hopefully in the Summer holidays I will remember and take Grace there to see if we can blow anything up.  The other photo of a tree I took because it reminded me of the Whomping Willow from Harry Potter! 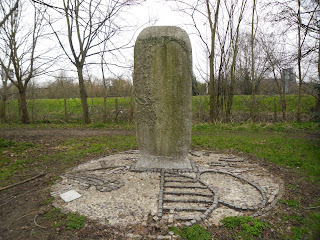 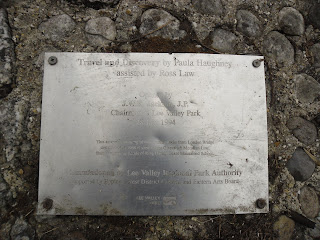 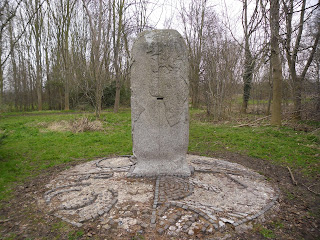 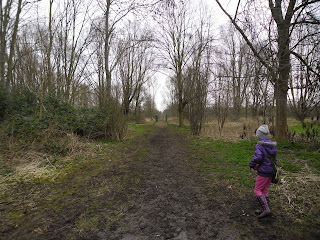 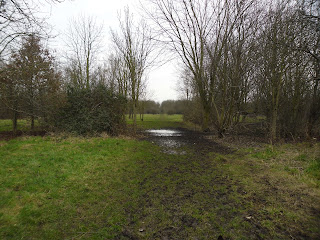 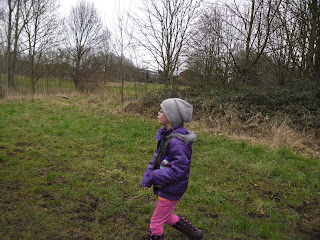 The last few pictures I thought were quite exciting, but that's probably just me! The long narrow walkway that you can see is The Meridian Line! This is where time starts, if you see what I mean.  And the monument is the Meridian Line marker.  Well I can tell you are as excited as Grace was by the end of it.  She was cold, I must admit it was a really chilly day but for most of January I was ill and recovering, February has just flown by and I didn't want to be indoors any more so I decided that I wanted to go out.  The dogs enjoyed it though.

The only downside was that it took longer to get there than the walk actually took.  I think I over estimated how long we could walk for.  Oh well, we had the Marmite sandwiches on the way home.

If you felt you might like to have a look at this walk or you are in the vicinity then this is the walk we went on, but as you can see from their site they have plenty of other walks too, we will be visiting them later on in the year, maybe when it's a bit warmer, for now though we will just stick to the village woods and whatnot.