Sleep is for the sleepy!

Well, I am shattered, I am still not sleeping.  But I have downloaded this ‘app’ for my lovely new phone.  ‘Sleep as an Droid’ it is called and basically you turn it on your phone as you go to sleep and then place it on the mattress next to you and it records when you are in light or deep sleep and how long you have slept for etc.. also it has one of those smart alarms which wakes you slowly from your sleep and you set an alarm for the right time and it will waken you up to 30 minutes before then if you are in light sleep.  Apparently so you don’t feel so tired in the morning, which I guess I didn’t but I really don’t ‘do’ mornings, in fact if I was ever to become a murderer that is when I reckon I would be most likely to kill.  It keeps a graph of how you sleep and if you wanted you can record snoring as well, I think it has an alarm on it so if your snoring becomes too loud it goes off which then probably disturbs you so you move, thus stop snoring.  At the moment I only have the trial which is for fourteen days and then you have to pay, but I will see how I get on with it first before spending any money.  I am too scared to record my snoring (or indeed Marks) because I have seen too many movies where the person becomes obsessed and starts walking and talking in their sleep and I am worried I might hear voices and then not know what the hell to do!

Another ‘app’ that I have on my phone, which is kind of relating to the above.  It is called ‘Ghost Cam’ and I am not sure if anyone has seen the film ‘Insidious’ in it a guy can’t have his photo taken as it makes the spirits try to enter his body, or something, anyway I digress.  Eveigh is very much like me in that we can’t watch ‘thinking’ films, I mean if a film has blood and gore that’s excellent, but if it is anything to do with the mind or spirits, posession etc.. it plays on our mind.  For example I watched Paranormal Activity at the cinema when Mark used to work there so I used to go and watch films if Grace was away for the night, well on this occasion there was me and a couple in the screen, and when I came out of the screen I was physically shaking and I couldn’t sleep for a week after wards, even now it makes me think at night, hence not wanting to record things at night.  Weeeellllllll this app Ghost Cam takes a ‘normal’ photo but when it shows on the screen the is an ‘image’ on there:-

As you can see here!

Well I took one photo of Eveigh and said ‘OMG what is that in the corner’ she wouldn’t look and said ‘shut up it’s probably just steam from the kettle’ so I said I would take another photo and she said ‘no don’t I will probably turn out all Insidious or something’ but managed to snap this one and showed her and her poor face was an absolute picture, so I had to tell her right away that it was an app otherwise I knew she would probably have some kind of heart attack or something!  Bless her.

Went to the charity shop today and hardly bought anything, now I have my Kindle and can download free books there isn’t any need to buy so many books anymore, which is really sad, not buying physical books I mean.  But I did manage to buy Stardust by Neil Gaiman, I have seen the film but never read the book so am really looking forward to that, I also managed a couple of books for Gracie when she gets home.

Gracie is at her Nanny and Grandads this evening so Mark and I watched a film together, we watched The Social Network, which to begin with was really confusing to me and my opinion is divided, should I feel sorry for Mark Zuckerberg or is he a smarmy little arsewipe!  I don’t know, but I loved the soundtrack, well done Trent Reznor, loving the sounds. 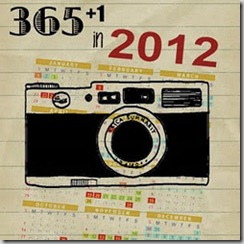 Mead, my favourite drink in all the world.  A couple of years ago I did a few re-enactment shows as an Anglo-Saxon and in the evenings when we were all sitting around the fire, Mead was bought out and passed around, it is one of the nicest warming drinks ever.  I tend not to drink now because of the liver tumours I have, but I have several bottles of this in my fridge.  One day I will start to drink it again.

And here is a weekly montage. I will try and do one of these every week too, just to keep my finger in!

Well it is late now, and I guess I better find my Android friend and go to bed!